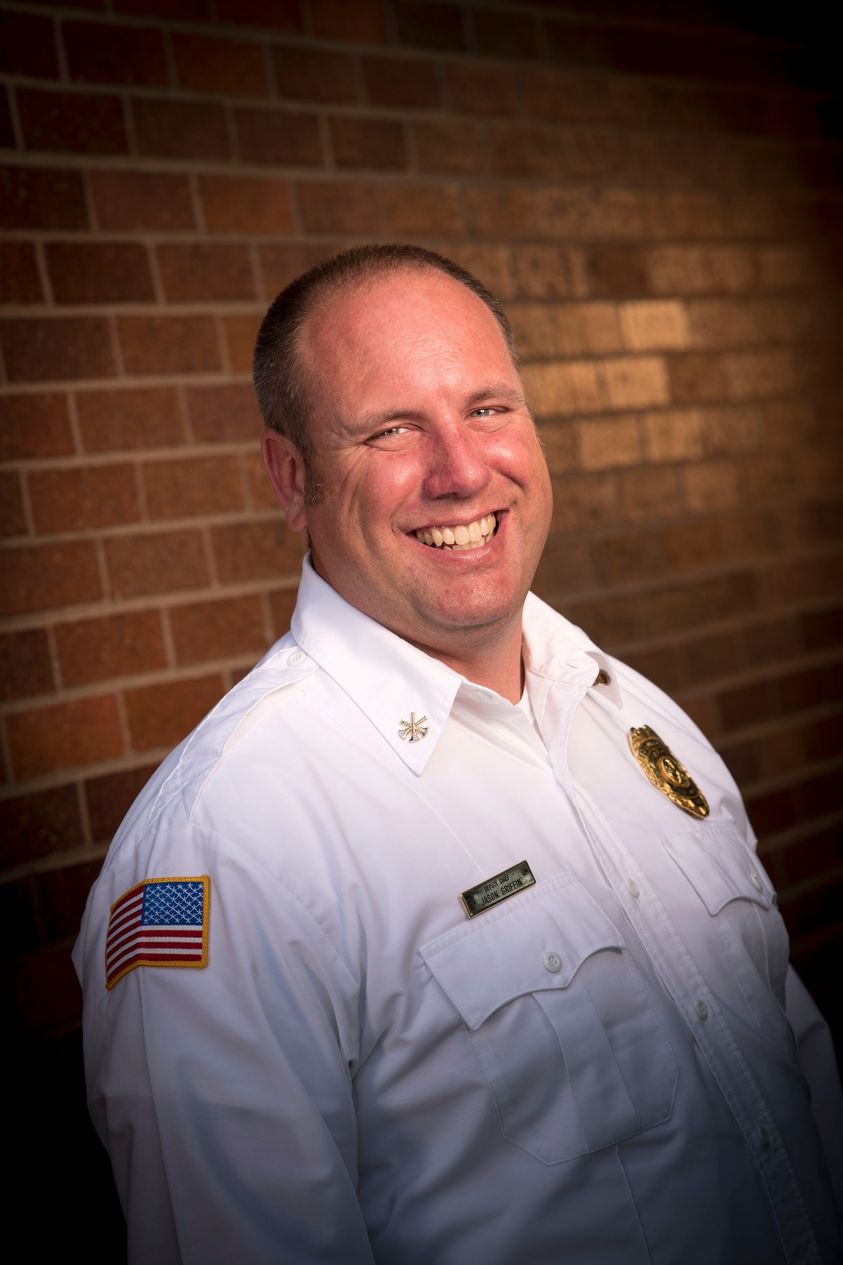 This agreement paves the way for the two communities to partner together in a fiscally responsible manner while continuing to provide a high level of service to residents in both jurisdictions. The two fire departments will remain separate entities; however, the ability to operate without jurisdictional boundaries will provide a greater level of service to both communities by allowing closest available resource to respond to emergency incidents.

“Over the last several months, I have received personal phone calls from multiple agencies offering to help in any way, in fact, Fire Chief Shoevlin from Harlem Roscoe Fire offered to send a Chief to any fire in South Beloit until we were back on our feet,” said South Beloit City Administrator Sonya Hoppes. “There is an abundance of small town pride around our fire department and to witness our entire community come together in hopes to raise the tide for us all, is the epitome of what fire service is this day in age.

“Deputy Chief Griffin shares that pride in the South Beloit Fire Department and will be a wonderful support system for our men and women that have kept their heads above water over the last several months. Our staff have stepped up in multiple ways and look forward to benefiting from the City of Beloit’s leadership. I am proud of our City Council in the manner they considered all options before moving forward with this agreement with the City of Beloit.”

The intergovernmental agreement expires on November 28, 2022, but may be renewed for another 180 days. South Beloit will reimburse the City of Beloit for 25% of the salary costs.

“The City of Beloit Fire Department wants to be a good neighbor and partner to South Beloit,” Beloit Fire Chief Dan Pease said. “Our leaders strive to maintain a level of fire and EMS services that best serve both communities.”

“Having served the stateline area my entire career, I am looking forward to leading the South Beloit Fire Department,” Griffin said. “It’s especially gratifying knowing that I will be mentoring the future leaders in the fire service.”

During his career at the Beloit Fire Department, Griffin has demonstrated his leadership abilities in his lead roles in new recruit training and on the department’s swift water rescue team, which was deployed to Wisconsin cities Burlington, Brodhead, and Madison for flooding. He also is a squad officer for the Wisconsin Urban Search and Rescue Task Force Team with deployments to Cambria, WI, factory explosion and Hurricane Irma in Jacksonville Florida.

Chief Griffin has also taken an active role in community outreach with fire prevention and Junior Fire Setters Program at the City of Beloit Fire Department.

Chief Griffin is married and lives in the stateline area with his wife and two children.