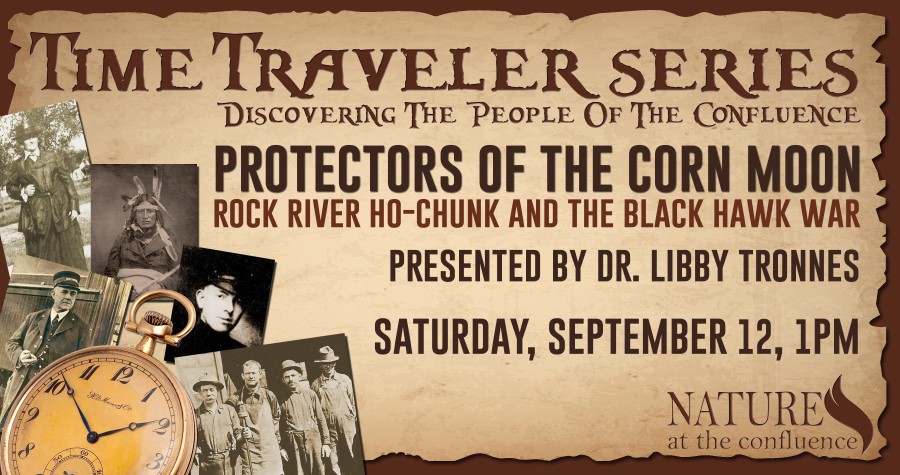 REGISTRATION IS CLOSED due to social distancing we’ve limited the registration of this program and it is now full. We will, however, be recording this program for online viewing.

Please join us for a fascinating talk by Dr. Libby Tronnes that reconsiders the role of the Rock River Ho-Chunk Indians during the Blackhawk War. After over 1,200 members of the Sauk band led by Black Hawk fled into Ho-Chunk lands and were pursued by over 3,000 white troops, the Rock River Ho-Chunk attempted to thwart violence on their soil and avoid the destruction of their corn crop by guiding both U.S. troops and Sauk band Indians. You’ll learn how White Crow and Whirling Thunder, leaders at Ke-Chunk village located at the confluence of  the Rock River and Turtle Creek, played a major part in this crisis.

Derived from Tronnes’ dissertation, this presentation seeks to correct our flawed understandings of the so-called “Black Hawk War” by reconsidering the role of the Rock River Ho-Chunks during that crisis, which began in April 1832 and resulted in Ho-Chunk land loss and removals from Illinois and Wisconsin.

This is a program Of Our “Time Traveler Series” which is supported by a grant from the Greater Beloit Chamber of Commerce Ambassadors.

Sorry due to attendance limitations this program is filled.