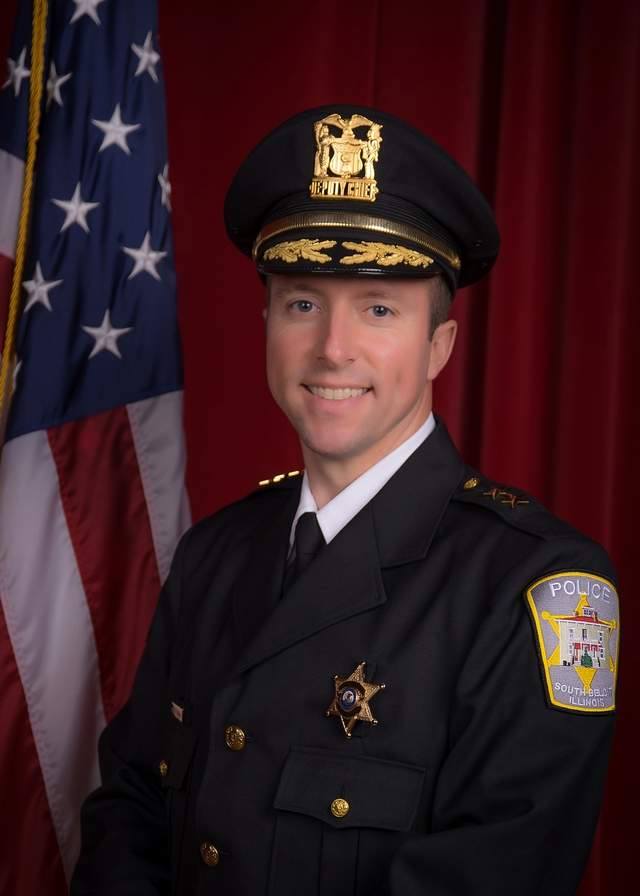 The City of South Beloit is pleased to announce the appointment of Police Chief Adam Truman to the South Beloit Police Department effective April 29th, 2019.

A graduate of University of Wisconsin – Stout and the University of Wisconsin – Platteville with a Masters degree in Criminal Justice, Chief Truman joined the South Beloit Police Department on September 6, 2001. Chief Truman has previously held every available rank within the department most recently serving as Deputy Chief of Police, a position of which he was appointed to on March 18, 2013. Chief Truman also served as interim chief of the Police Department in 2009 and 2010.

Chief Truman is a 2012 graduate of the Federal Bureau of Investigation (F.B.I.) National Academy and is a member of the Illinois Association of Chiefs of Police, Northwest Illinois Law Enforcement Executives Association and the FBI National Academy Associates.
Chief Truman has served the City of South Beloit honorably for many years and the City Council is proud to have such a well-respected member of the law enforcement community, from within the City’s own department, serve as Chief of the South Beloit Police Department. The City invites the public to the formal swearing in of Chief Adam Truman on May 20th, 2019 at 5:00 p.m. at South Beloit City Hall.